As the poet, poetry lives among us, breathes with us. Jocelyn Thouin’s poems talk about humanity trying to keep smiling while everything is crumbling down.  This album offers a musical and poetic journey to heat up souls and heart. Influenced by North American musics (trad, rock, folk, blues), this band offer a unique mix of ancient and modern styles. The poet descibes social humans walking together, more alone than ever. In collective memories, he find enough strenght to get up again!

Spoken word artist, Thouin is a well known slamer. He rumbles on Québec and France poetry scene since 15 years. He organises and hosts poetry, slam and open mic events (Micro Joliette, Slamboree de Lavaltrie). He is also working with Légendes locales, a spoken word and storytelling trio with Gabriel Girouard and Eveline Ménard

Olivier Demers played chamber music and jazz, then devoted himself to québécois traditionnal music. For 10 years, he’s been playing all around the world with Le vent du nord (10 albums, 2 Félix, 2 JUNO. He has participated to more than 70 albums, as a musician or  producer.

Well known musician from Lanaudière, Québec, Branchaud plays almost every strings instruments, but electric bass, fiddle and guitar are his favorites. He played with more bands than we can count, including La bottine souriante and Hommage aux aînés. 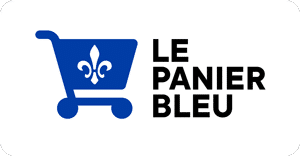